Today I'm writing about a process that many of my friends from graduate school have faced: the lottery for H1B visas. Earlier this year, the government announced a seemingly small change to the process. This post explains the change, which will have the effect of granting more visas to applicants with advanced degrees from US institutions (and fewer to applicants without such degrees).

While this sounds straightforward, in fact there are many ways to implement these quotas. Let's consider several:

Figure 1 shows the number of successful A applicants under the latter three systems, as a function of the number of set-aside visas (using application data from 2018, and holding the total number of visas at 85,000).3 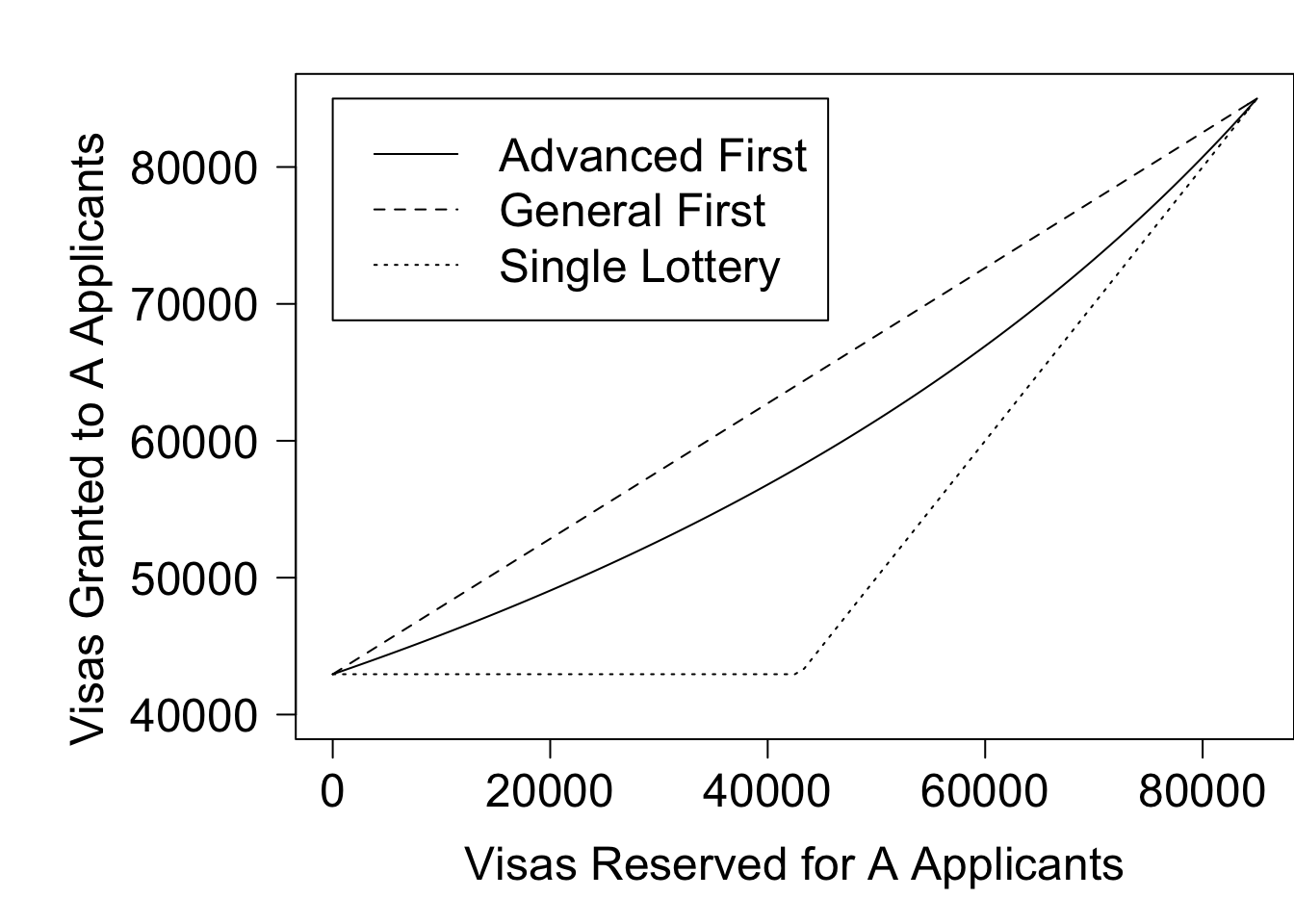 Figure 1: Comparison of lottery systems, varying the quota for A applicants. Changing between systems has the same effect as a significant shift in the quota. For example, running the general lottery first with a quota of 35,000 is approximately equivalent to using a single lottery with a quota of 60,000.

Policymakers and the public often focus on the top line numbers (in this case, 20,000 set-aside visas and 65,000 general ones). While these matter, the implementation details matter just as much and are often easier to change. Whereas a change to the caps might draw a lot of attention, a change to the lottery order is more likely to slide under the radar. The change made this year will shift several thousand visas annually to applicants with advanced degrees.4

A similar situation arose in the Boston Public School system. In that context, the scarce resource was admission to popular public schools (instead of visas). 'A' applicants were those living within walking distance of the school, and 'B' applicants were those living farther away. A contentious debate over whether to give priority to students in the walk zone was settled with a compromise: half of seats would be reserved for such students, and half of seats would be open to anybody. This compromise was implemented using the Single Lottery approach, which resulted in little -- if any -- advantage for students living in the walk zone. After many years, administrators realized that the nominal set-asides for walk-zone students were having little effect. Rather than changing to another implementation of the 50-50 compromise, the city abolished walk zone priority altogether. More details are availble in Reserve Design: Unintended Consequences and the Demise of Boston’s Walk Zones, by Umut Dur, Scott Kominers, Parag Pathak, and Tayfun Sonmez.