How Valuable is an Offensive Rebound?

This fall, I started playing basketball with other junior faculty members. Most of them are better shooters than I am, but I have one key advantage: I am 6’2“. As a result, a big part of my contribution is to grab as many rebounds as possible. Today’s post tries to quantify the value of this skill. I started with two key questions:

I wrote down what I imagine to be the simplest possible model addressing this question. Let’s assume that there are no turnovers, so the ball changes hands only after a shot. Each shot goes in with probability \(p\), and the probability of an offensive rebound is \(\alpha\). Let’s deviate from standard terminology and call a “possession” everything that happens until the opposing team receives the ball (i.e. if my team takes three consecutive shots, they are all one possession). Furthermore, I will adopt pickup scoring conventions, where each basket simply counts as one point. As a function of \(p\) and \(\alpha\), how many points per possession can you expect to score?

What about under NBA rules? In this case, each shot ends the possession with probability \(p + (1-p)(1-\alpha)\), so by the same logic above, the expected number of points scored per possession is now \[V^{NBA}(p,\alpha) = \frac{p}{p+(1-p)(1-\alpha)}.\] Intuitively, inspection of the formulas reveals that this is lower than under pickup rules.

We now turn to the two questions above. First, what is the value of offensive rebounding? 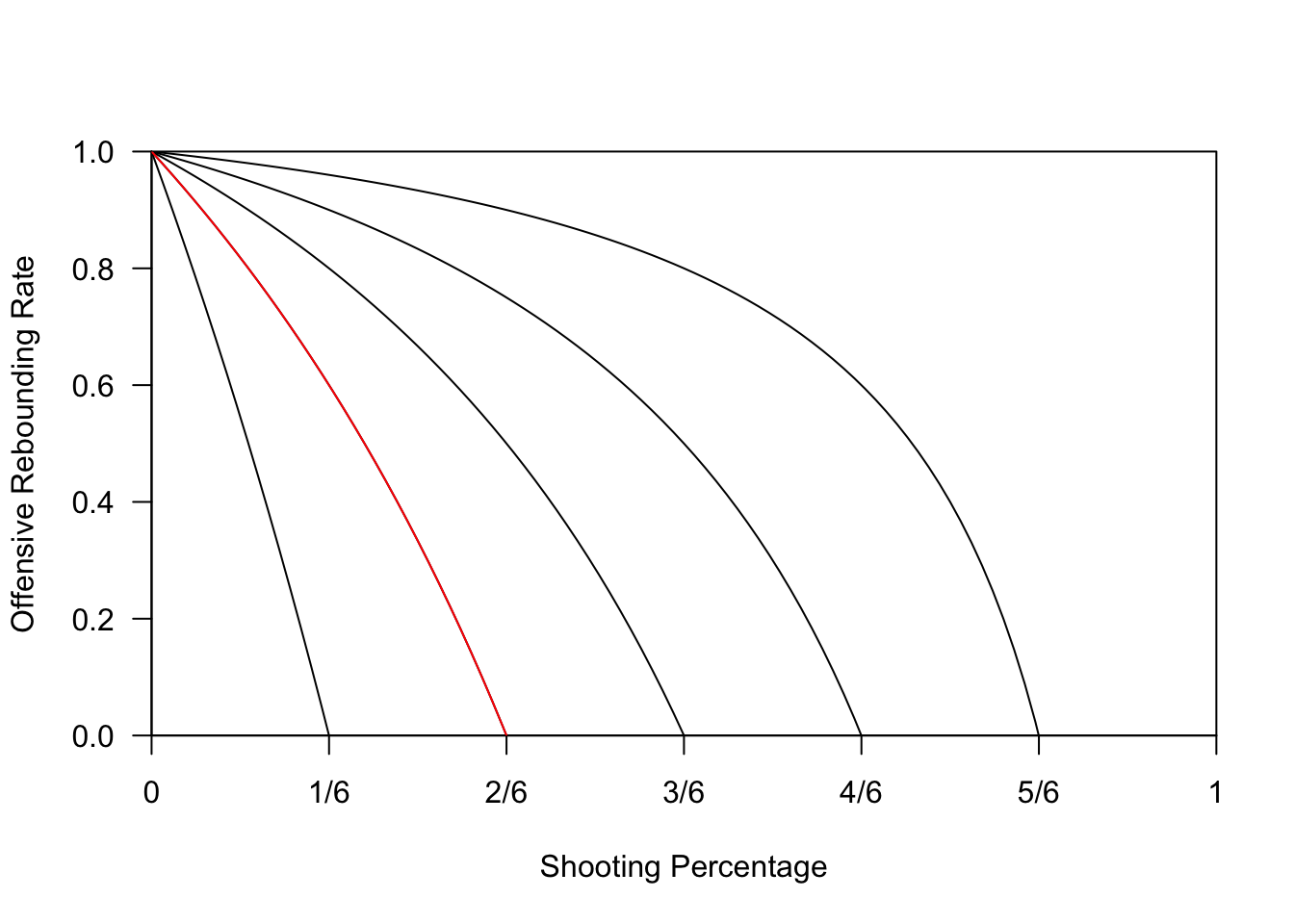 Figure 1: Each curve identifies teams with the same points per possession (x-intercept).

Overall, my reaction is that these curves are disappointingly steep. That is, it takes a large increase in offensive rebounding proficiency to offset a small decline in shooting percentage.3 Perhaps under pickup rules, the value of rebounding is higher? After all, if you grab a rebound, you are potentially giving your team a series of baskets, instead of one.

Crunching the numbers, we see that under pickup rules, both teams expect to score 0.5 points per possession! I initially found this surprising – did I just happen to choose special numbers? Turns out, the answer is ‘no.’ We can see this by inverting our expressions above to get “possessions per point.” We see that this is \((1-p)(1-\alpha)/p\) under NBA rules, and \((1 -p)(1-\alpha)/p + 1\) under pickup rules. This immediately implies the following result, which I interpret to mean that the rule set (pickup vs NBA) doesn’t really affect the relative value of the two skills.

Of course, shooting is a skill that doesn’t necessarily translate to defense, whereas good offensive rebounders are presumably also good defensive rebounders. The reasoning above could also be used to quantify the value of good on-ball defense (lowering the opponent’s \(p\)) and good defensive rebounding (lowering their \(\alpha\)). However, at this point I think my time would be better spent working on my shot at the gym, rather than working through math trying to justify my value to the team.