The Coronavirus pandemic has resulted in a need to ration scarce medical supplies. Most people agree that test kits, ventilators, antiviral medication, and vaccines should not necessarily go to those willing to pay the most for them. States have been revising their allocation guidelines to reflect various ethical considerations.1

One question that emerges is whether to give priority to certain categories of people, such as emergency personnel. A recent working paper by Parag Pathak, Tayfun Sonmez, Utku Unver, Bumin Yenmez examines existing guidelines, and notes that some states prioritize emergency personnel, whereas others (including my home states of New York and Minnesota) do not.2 Their conclusion is that most people wish to give some advantage to emergency personnel, but are afraid that doing so might result in all units going to these personnel, at the exclusion of other groups.

How can we ensure this? The aforementioned paper proposes a system that reserves certain units for emergency personnel, while making other units available to anybody.3 In this post, I observe that under a reserve policy, it is hard to control or predict the advantage offered to medical personnel.4 I then consider an alternative: policymakers could directly specify their desired advantage.

There is a finite set of privileged categories \(C\), and a ranked list of \(n\) applicants. (I will be agnostic about where this ranking comes from: an applicant’s position could be determined by their medical condition, by lottery, or other considerations.) Each applicant to at most one category. Let \(C_0\) denote the set of categories, along with the empty set (indicating someone who does not belong to any of the categories in \(C\)). A priority list of length \(n\) is simply an element \(L \in C_0^n\). For each \(c \in C_0\), let \(n_c\) denote the number of applicants belonging to category \(c\).

To keep things simple, much of the post will assume that there is only one privileged category (emergency personnel).

Suppose that there are \(m = 20\) units, and we decide to reserve \(r = 6\) of them for emergency personnel. There are many ways to implement this reserve. We will focus on two approaches described by Pathak, Sonmez, Unver, and Yenmez:5

If the priority list is determined by lottery, these implementations correspond to policies discussed in my blog post on H1B visa lotteries: Minimum Guarantee corresponds to what I called “Single Lottery,” and Over and Above corresponds to “General Lottery First.” The following result is easily seen.

The monotonicity condition implies that in some sense, the effect of imposing a reserve is straightforward: it benefits emergency personnel, with greater benefit the larger the reserve. However, the magnitude of this benefit is not clear at the time the reserve is set.

We can see this uncertainty in the following figure, which shows that the advantage implied by a given reserve can vary greatly depending on the proportion of emergency personnel in the applicant pool. 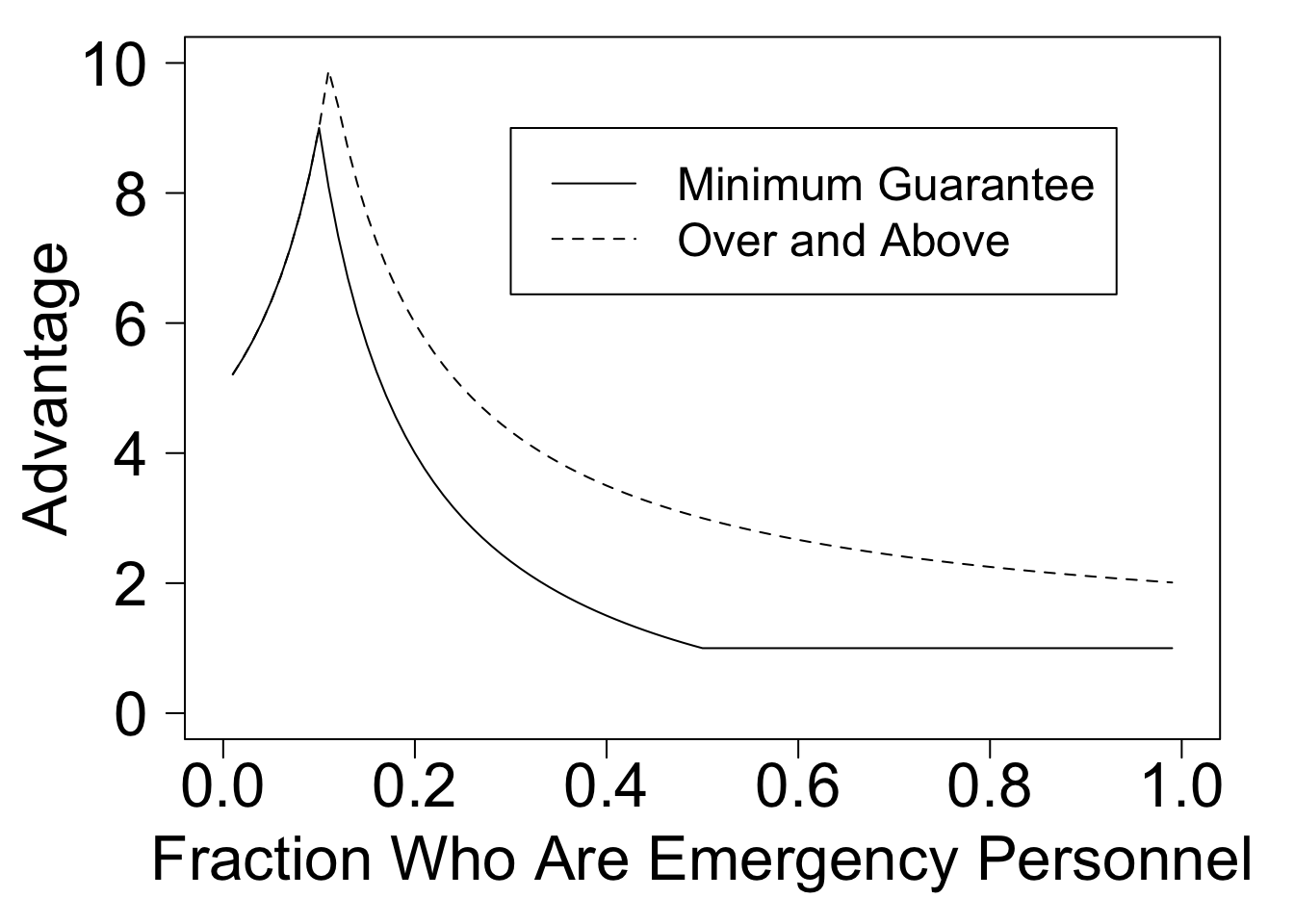 Figure 1: Reserving 50% of units for emergency personnel results in an unpredictable advantage.

If the composition of the list is known in advance, then one can get exactly the same outcomes using this policy as using a reserve policy.

However, if the composition of the priority list is unknown, this mechanism ensures a specified advantage for emergency personnel.

This post considers two ways to advantage a target group such as emergency personnel.

I can imagine scenarios where either form of guarantee is more desirable than the other. To me, comparing success rates seems natural. If priorities are determined by lottery, the specified advantage mechanism is a form of weighted lottery in which policymakers directly specify lottery weights. If the priority list is not generated by lottery, the specified advantage policy has several potentially undesirable features, and I would hesitate to use it.7 However, I am not concinced that a reserve system – which offers a large advantage if the priority list contains few essential personnel, and little to no advantage if it contains many essential personnel – will be easy for policymakers to use appropriately.

I’d love to hear from you about i) whether the concept of “advantage” defined here seems like a reasonable measure, and ii) alternative allocations procedures that you think should be considered!