The motivation for this post comes from my time in graduate school. A popular run on the Stanford campus is Campus Drive Loop. There are sidewalks on either side of the road, giving the runner a choice of which to take. On days when I felt low-energy, I would sometimes take the inside sidewalk, figuring that this would shorten my run. But by how much?

If the loop were a perfect circle, the answer would be easy – my savings would be \(2 \pi\) times the width of the road, implying a shorter route by something like 300 ft. But as shown in Figure 1, the loop is far from circular, and is not even convex. I wondered, is 300 feet still a reasonable answer, or is it possible that the savings could be much more or much less? 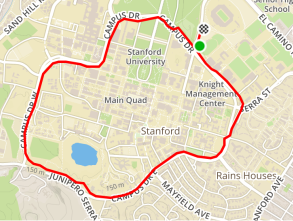 After drawing a few simple shapes (mostly compositions of straight lines and partial circles), I became convinced that in fact, the answer was \(2\pi\) times the width of the road, regardless of its shape. But I felt I lacked the tools to tackle the problem formally. This is where my friend Jake Levinson comes in. I posed this question to him while on Safari in Tanzania, and he promptly tackled it with gusto (see Figure 2). He managed to show that for any reasonable running loop, my intuition was correct. However, he also found some interesting exceptions!

At this point, I’ll let Jake take over – the rest of this post is all his. 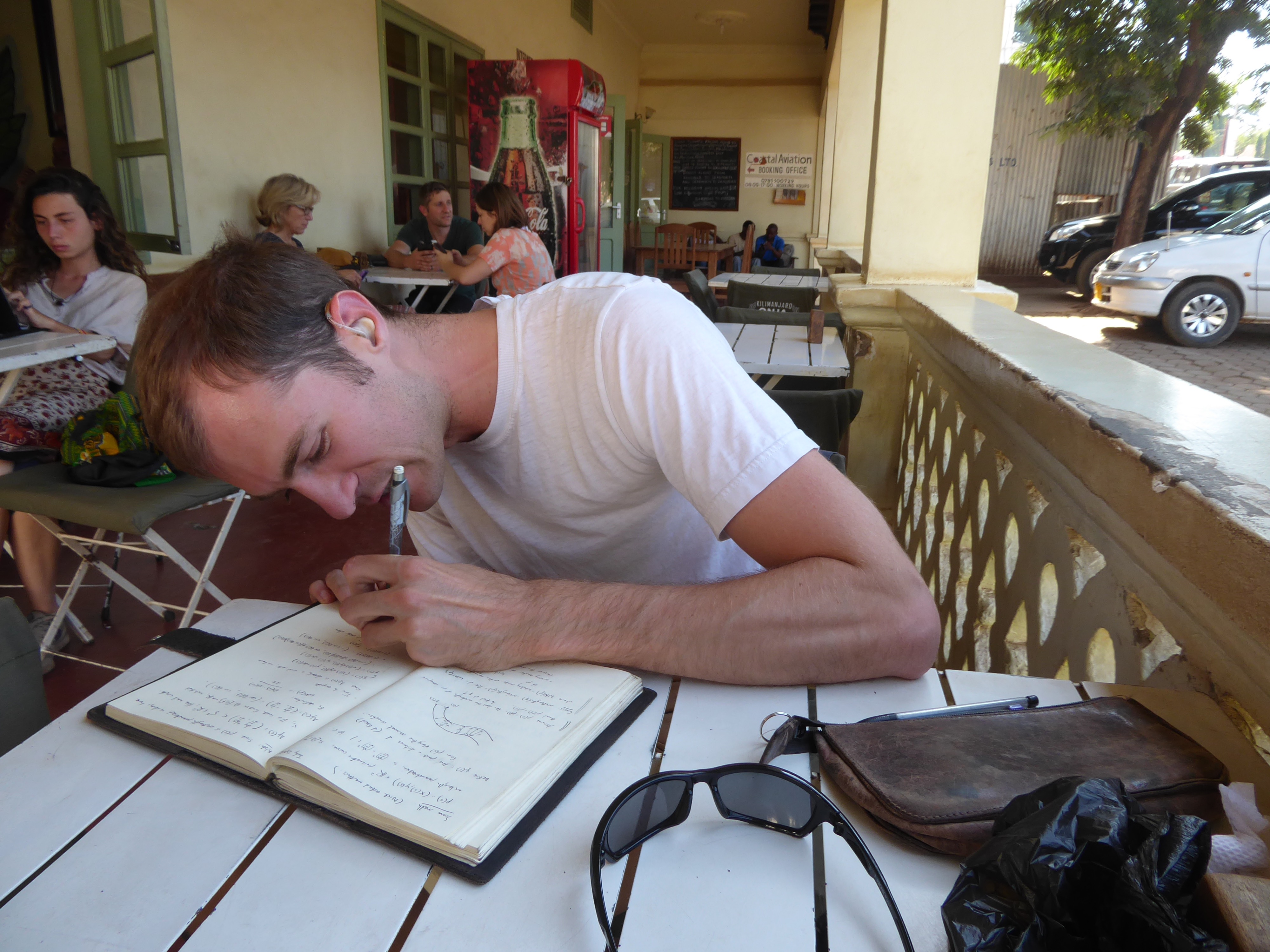 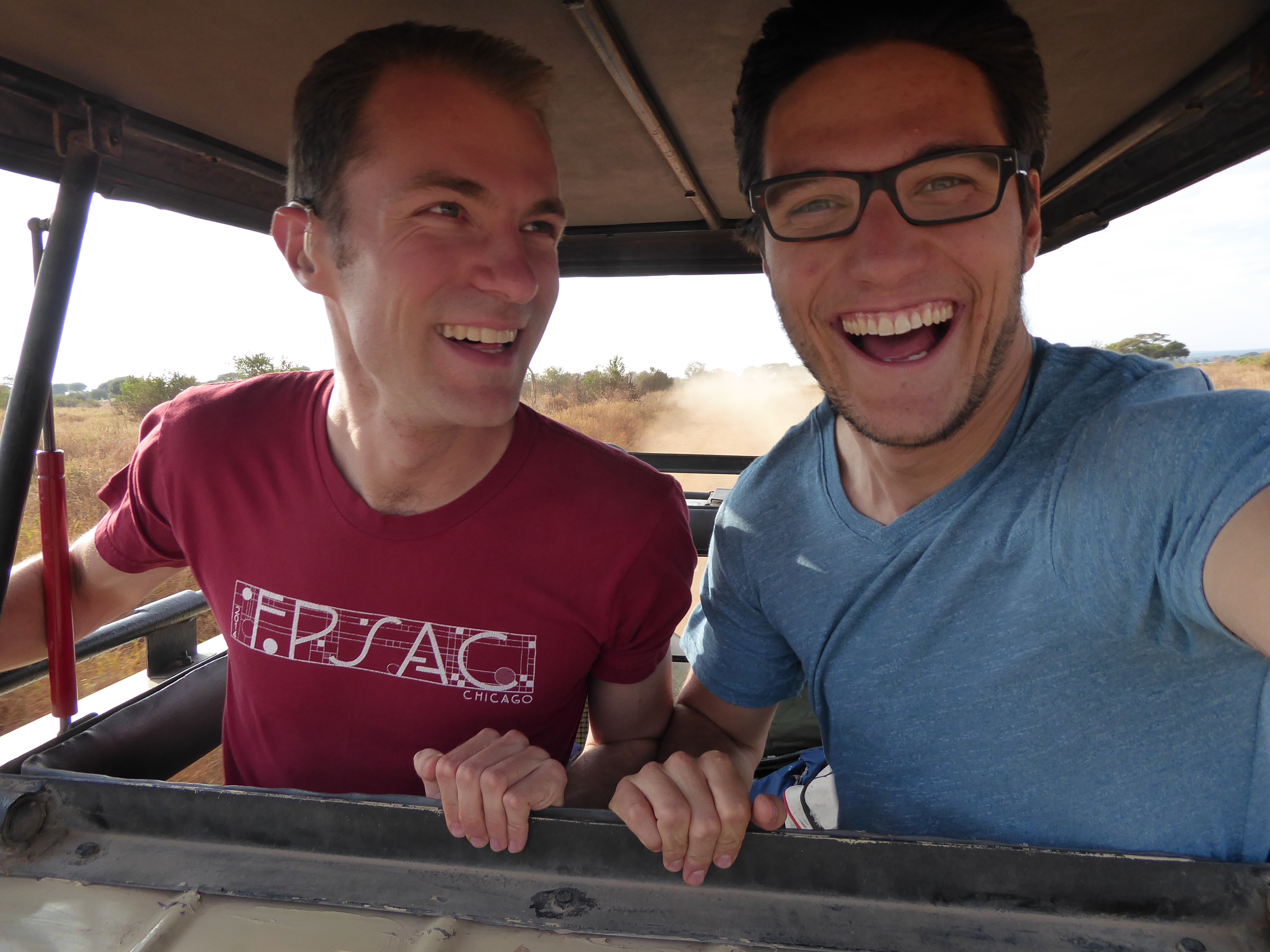 Figure 2: Left: Jake sketching ideas in a cafe in Moshi. Right: how we spent the rest of our time.

Two friends are out running together along a winding path, traveling in parallel and at a fixed distance from one another:

A natural question is, how much longer is the ‘outer path’ than the ‘inner’ path? This question is particularly interesting in the case where both paths are closed loops, so the outer path traces out a ribbon or bounding envelope around the inner path. We’ll show a surprising fact: in most cases, the precise shape of the path doesn’t matter: the difference in lengths is an integer multiple of \(2\pi d\).

A given pair of paths may switch between cases (i) and (ii) for different values of \(t\), but condition (ii) captures the behavior we want, so we will assume (ii) holds for all values of \(t\). (See Figure 3.) 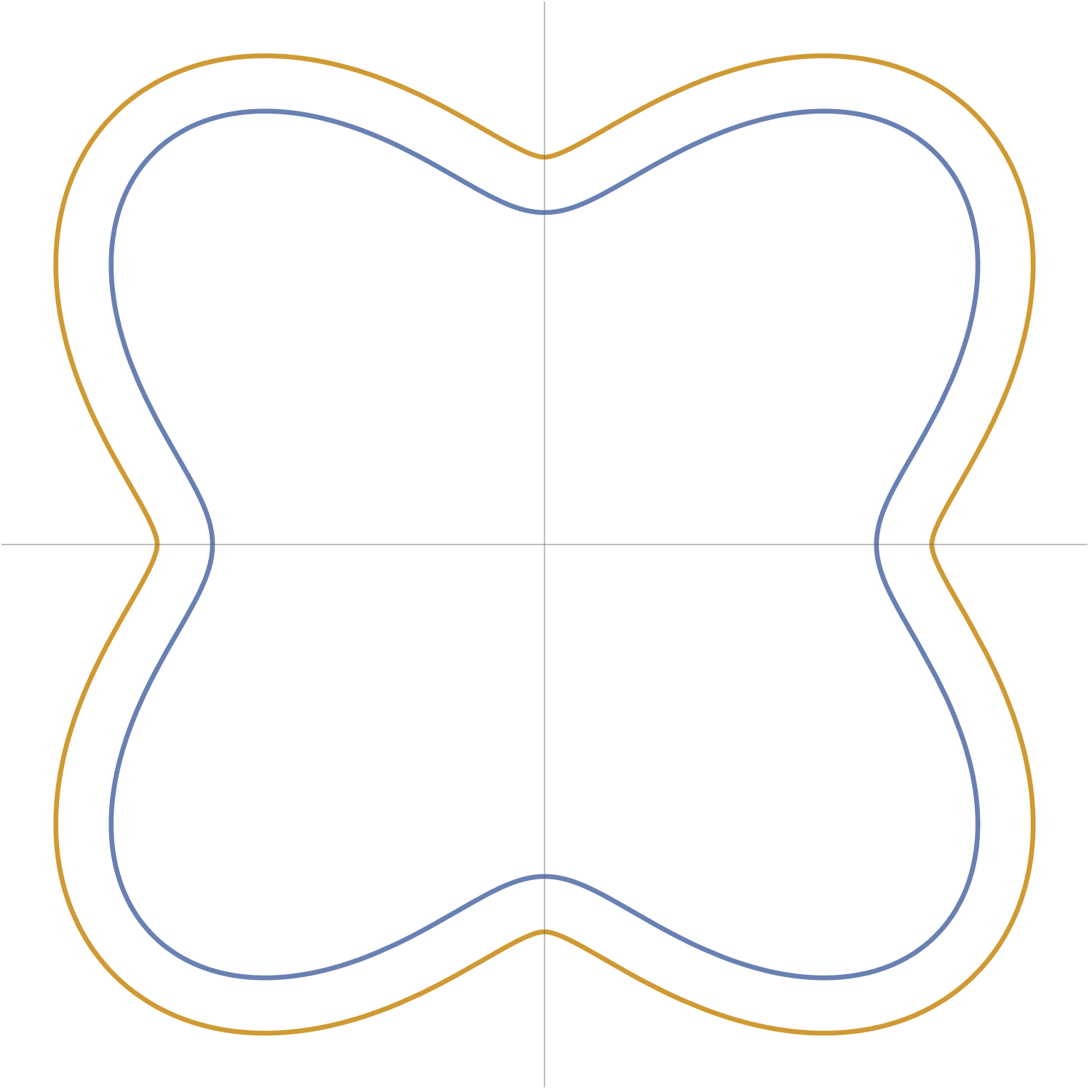 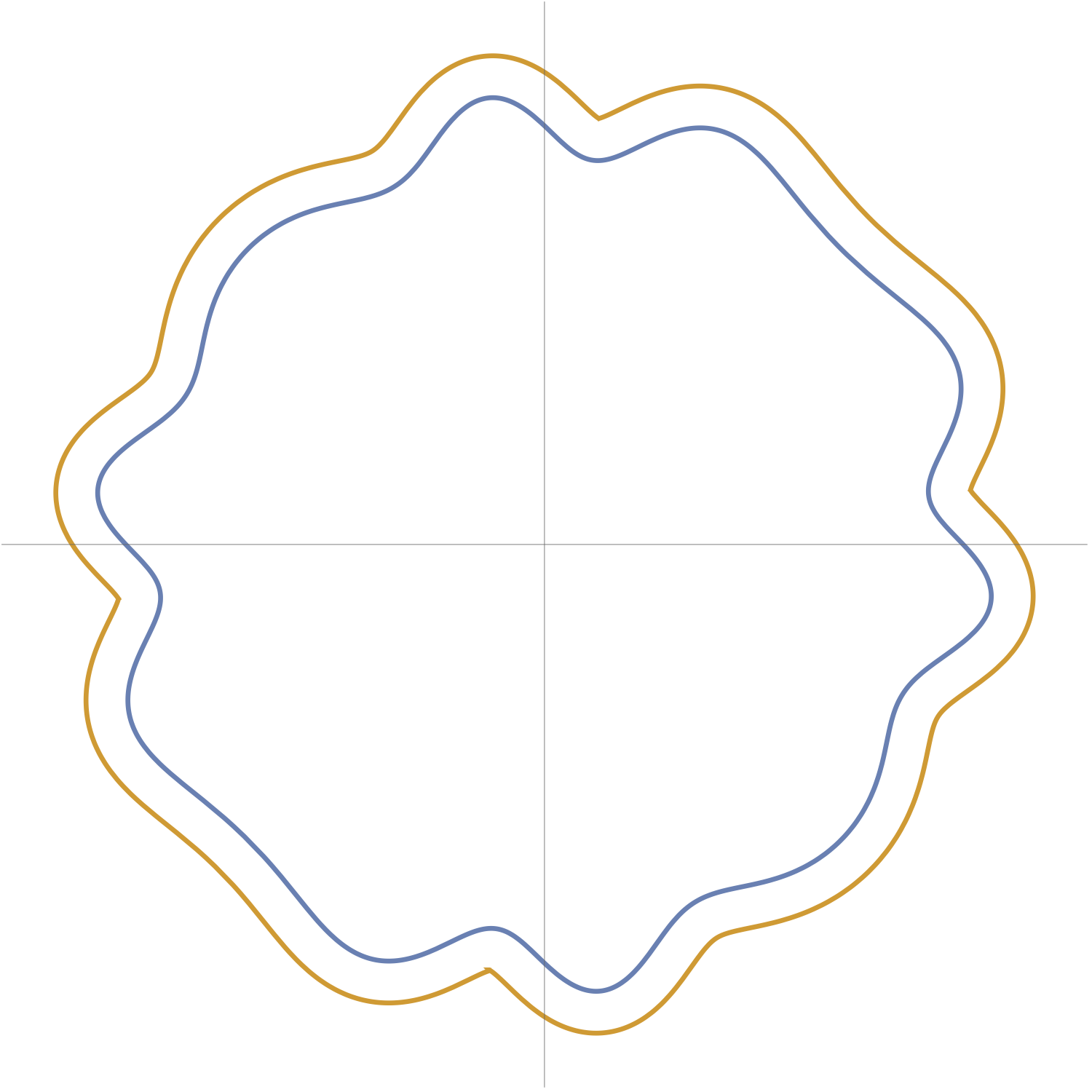 With this in mind, the question is: what are the arclengths of \({\bf p}\) and \({\bf q}\)? If the two paths trace out concentric circles (or certain other toy paths, such as rounded squares) it is easy to see that the arclengths differ by exactly \(2\pi d\). One might expect, however, that in general the difference in arclengths may depend on the particular shapes of the paths.

Our main goal is to examine the following surprising fact:

We’ll also see a couple of examples of why the ‘positive multiple’ requirement is necessary, and what kinds of exceptional curves you can get otherwise.

(A similar mathematical setup occurs in other contexts in control theory. It can be helpful to think of \({\bf p}(t)\) as a scooter or motorboat, traveling at constant unit speed, but which is controlled by a driver. The quantity \(\theta(t)\) is the direction the vehicle is facing at time \(t\), while \(\theta'(t)\) is the angle at which the steering wheel is being held.)

For many curves encountered in practice, such as running paths – in particular if \({\bf p}\) is a simple closed curve, i.e. does not cross itself – the winding number is \(1\). In other words, \({\bf p}\) turns all the way around once as it circles back on itself. This is self-evident in each of the curves depicted in Figure 3$, so the arclength difference is \(2\pi d\) in those cases. This completes Theorem 1! For other sorts of paths, such as self-crossing spirals, \({\bf p}\) may twist around numerous times (see Figure 4), and the arclengths will differ by larger multiples of \(2\pi d\). 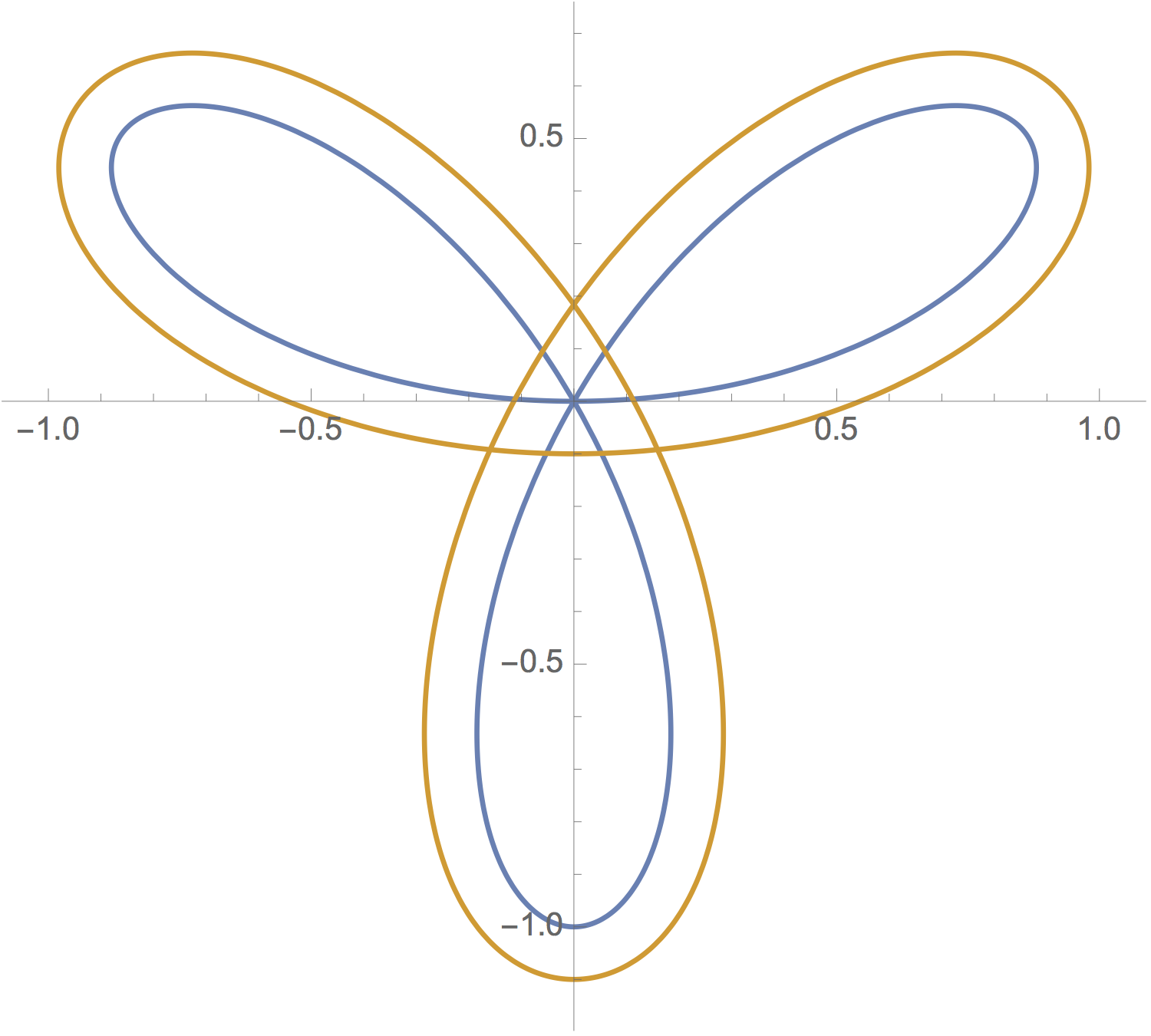 If, however, the quantity \(1+d\theta'(t)\) is negative, (we will see) the arclengths may differ by any arbitrary quantity! We now consider such curves; we will see that they are quite different from those depicted above. 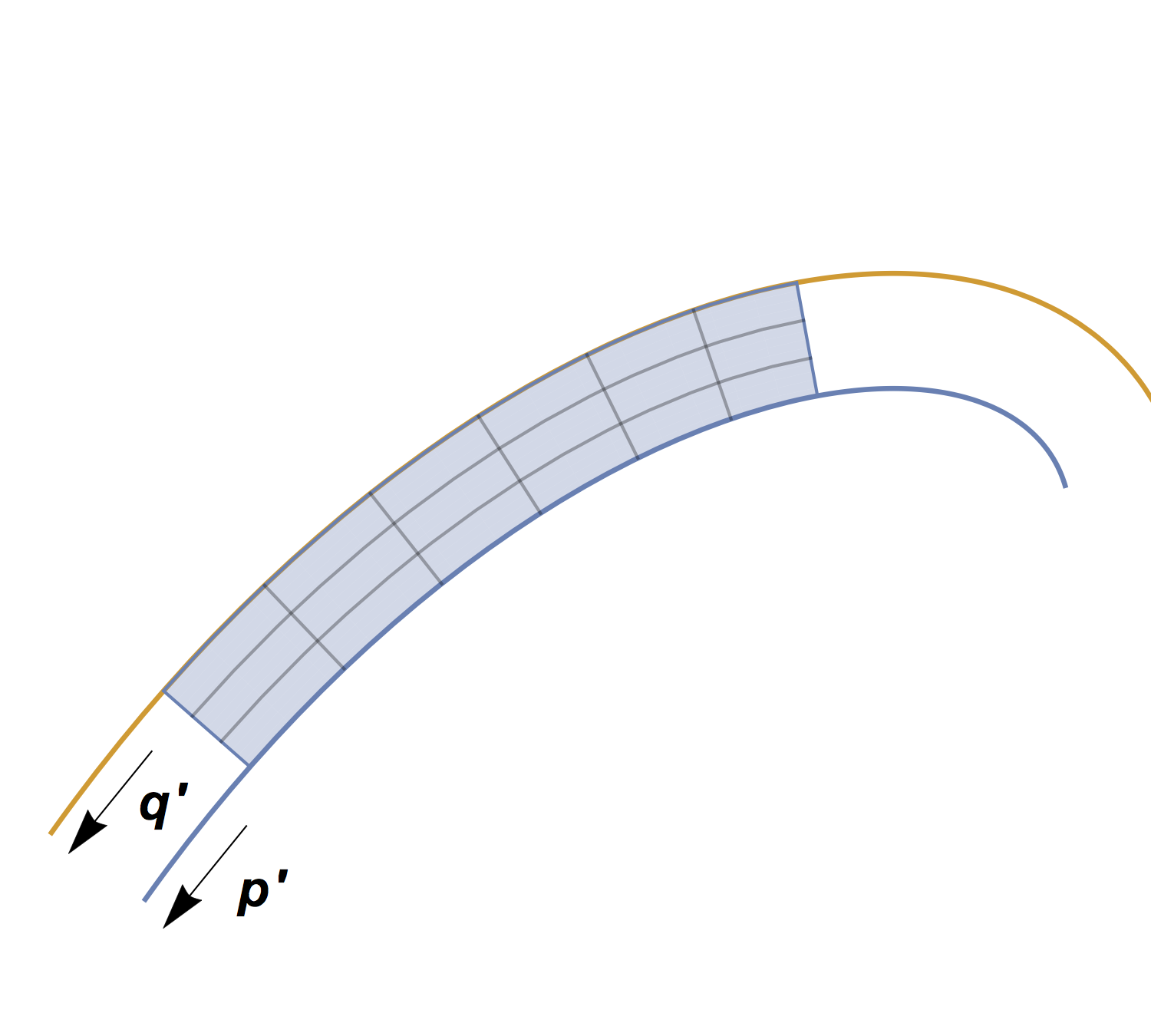 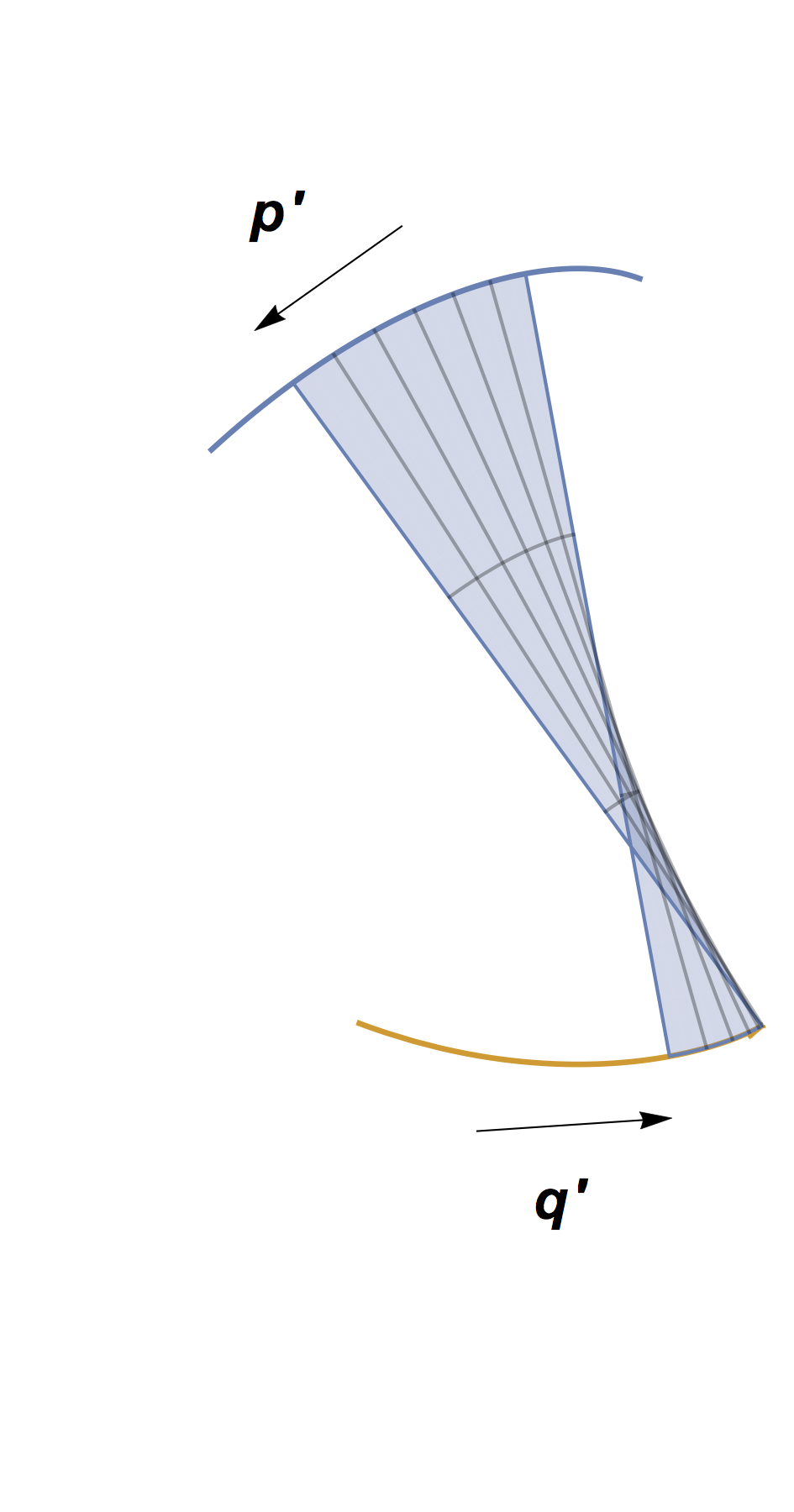 So, the condition \(1+d\theta'(t) \geq 0\) says that the curves always remain in ‘ribbon’ form, that they never rotate in ‘bowtie’ form on opposite sides of the osculating center. The latter sort of motion occurs between the former planet Pluto and its moon Charon (they are similar in size, and their collective center of mass lies approximately halfway in between them). More familiarly, it occurs between two spinning contradance partners. 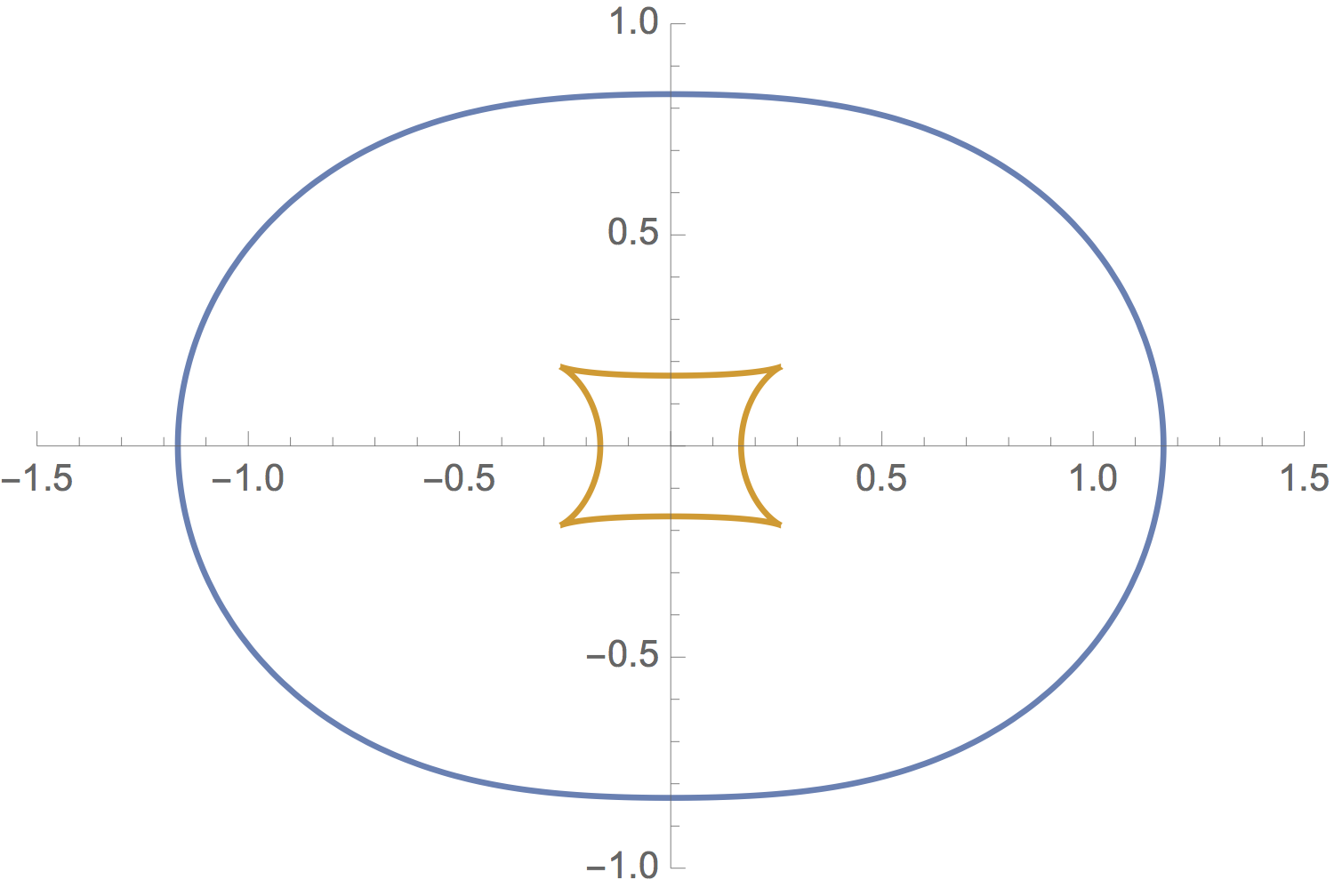 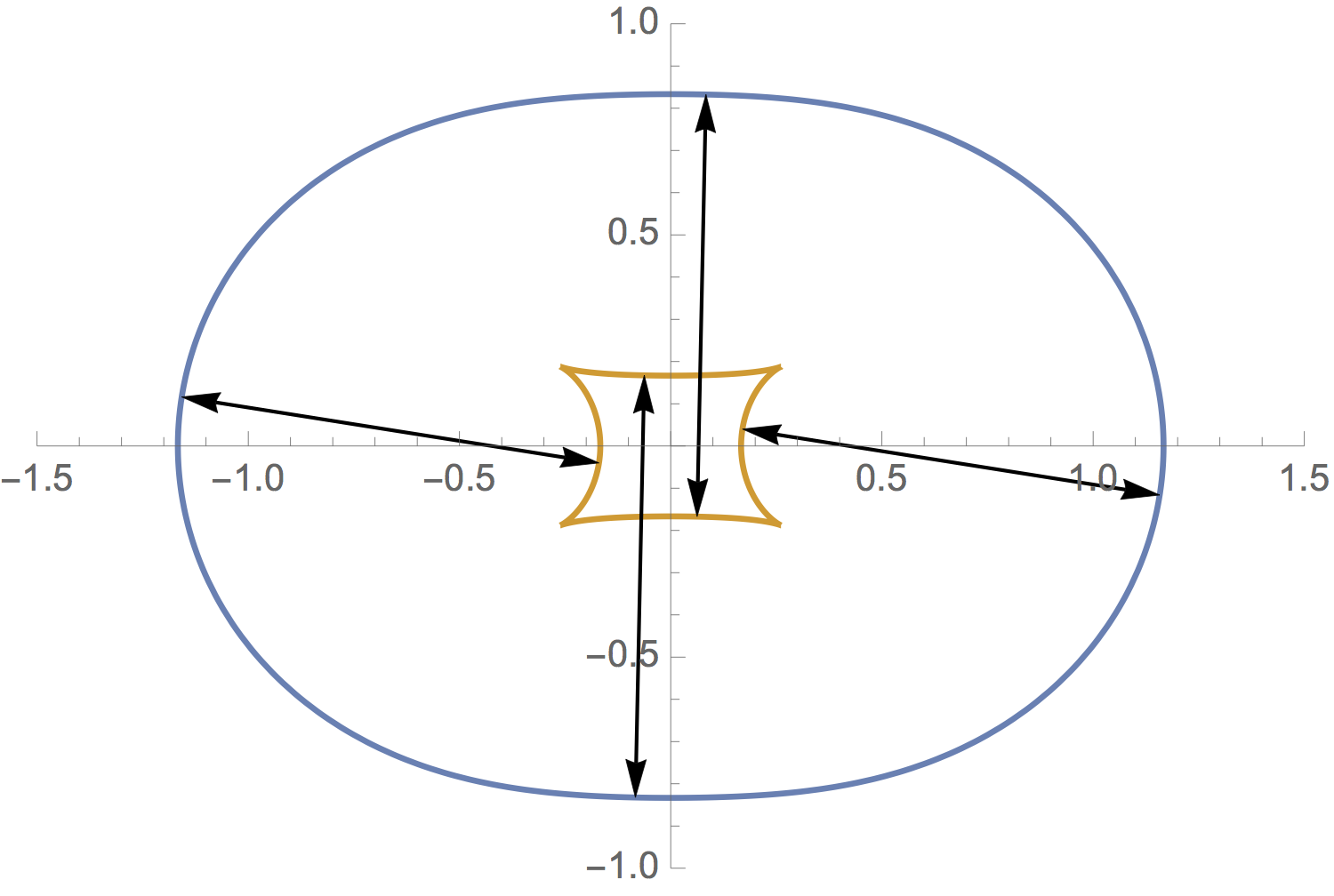 Figure 6: Parallel curves with unusual arclengths! The outer curve has arclength approximately \(6.455\), while the inner curve (at unit distance \(d=1\)) has arclength \(\approx 1.929\). The difference is \(4.526\), which is not a multiple of \(2 \pi\). Note that these curves are traversed in opposite rotational directions: the runner on the outer path goes counterclockwise, and the runner on the inner path goes clockwise. The horizontal parts of the paths are in “ribbon formation” and the vertical parts are in “bowtie formation”.